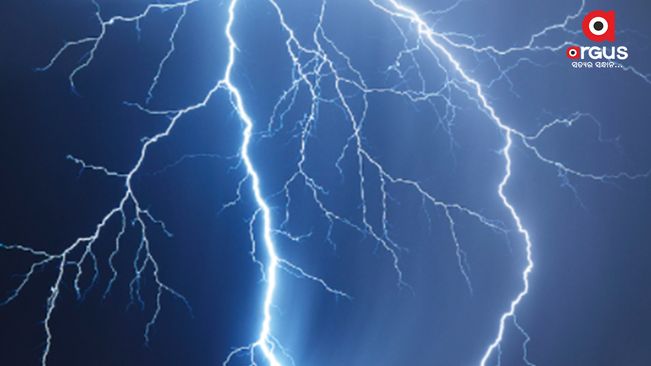 The lightning reportedly struck on the minors when they were grazing their goats at a field.

In a tragic incident, two minor boys and a minor girl of a family were killed in a lightning strike at a village in Odisha’s Mayurbhanj district on Tuesday.

The deceased minors have been identified as Babul Naik (16), Sujit Naik (14) and Barsa Naik (12) of Baghuasala village under Chandua police station limits in the district.

As per reports, the lightning struck on the minors when they were grazing their goats at a field in the village. Subsequently, the minors fell unconscious on the field.

The locals rescued the victims and rushed them to a nearby hospital where the doctors declared them “brought dead”.

On being informed, Chandua Police reached the spot and started a probe into the matter.

A case has been registered in this connection and further investigation is underway, police said.

The bodies of the deceased minors will be handed over to their family after post-mortem, they added.

A pall of gloom descended on the village following the tragic incident.