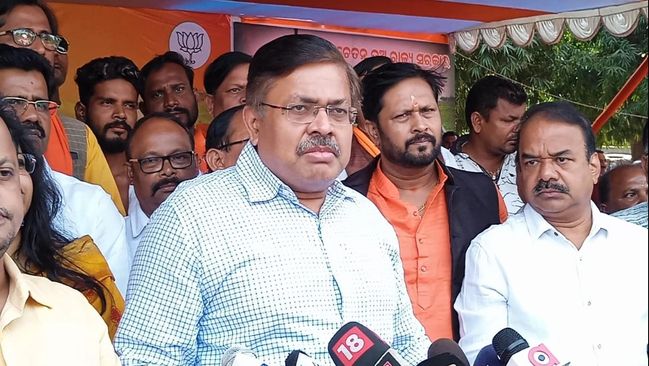 Bhubaneswar, Nov 24: As the BJP’s indefinite Satyagraha entered in the seventh day, the party on Thursday demanded the state government to provide Rs 100 bonus above the MSP.

“The Government should provide Rs 10,000 to the farmers annually as per its promise during the announcement of the KALIA scheme. The BJP’s Satyagraha entered in the seventh day and the state government has turned deaf over the farmers’ issue,” BJP State general secretary Prithviraj Harichandan said at a presser held here.

“The BJD won the 2019 general election by making fake promises and since then it has been fooling the farmers. In 2018, the party announced the KALIA yojana and promised to provide Rs 10,000 to each farmer annually.  The BJP reminds the government that it had promised that it would give Rs 10,000 per annum. The Government forgot its promise after winning the election. It is the Chief Minister’s responsibility to implement the government’s scheme. The State Government should issue a directive to provide Rs 10,000 to the farmers instead of Rs 4,000,” he added.

He further said the government announced giving Rs 100 bonus over the MSP in Sohela in 2016. However, the farmers are yet to get the bonus amount.

“The BJP will continue its fight for the rights of the farmers. Our party will raise the same in the ongoing Assembly session,” Harichandan said.