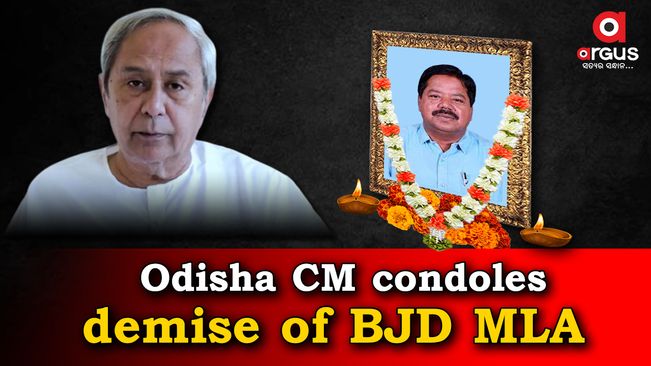 Bhubaneswar, Dec 30: Chief Minister Naveen Patnaik on Thursday condoled on the demise of Biju Janata Dal (BJD) MLA from Brajarajnagar and former Odisha Assembly Speaker Kishore Kumar Mohanty and said that he will always be remembered for his work as an able leader.

“I am saddened over the death of BJD MLA from Brajarajnagar and former Odisha Assembly Speaker Kishore Kumar Mohanty Kishore Kumar Mohanty. He will always be remembered for his work as an able leader and people's representative of our party. May the departed soul rest in peace! I extend my heartfelt condolences to the bereaved families,” the Chief Minister tweeted in Odia.

The BJD MLA reportedly died of cardiac arrest in Jharsuguda this evening.