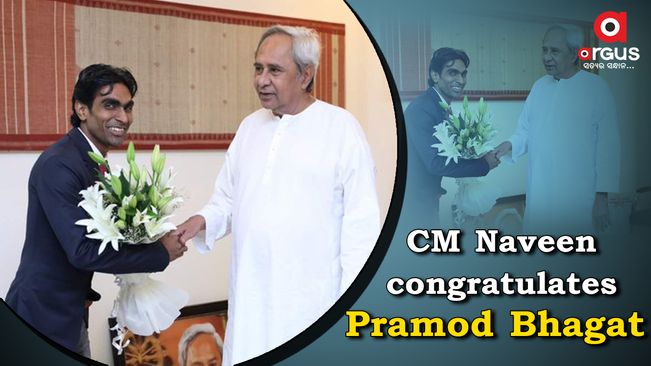 With badminton making its debut at the Paralympics this year, Bhagat became the first Indian to win a gold medal in the event.

In a tweet in Odia, Patnaik said, “Golden moment! Congratulations to Pramod Bhagat, the genius of Odisha, who won the country's first gold medal in in badminton at Tokyo Paralympics. Your success has made the whole country proud. Wishing you a brighter future in the future.”

Four-time world champion Pramod Bhagat scripted history by becoming the first Indian ever to win a badminton gold at the Paralympics at the Tokyo 2020 Games.

With badminton making its debut at the Paralympics this year, Bhagat became the first Indian to win a gold medal in the event.

“This is a very proud moment for me. I'm representing the Indian badminton community and India as a whole. This is the first time that para badminton is appearing in the Paralympics and winning the first gold medal for India is a moment to cherish for me,” Bhagat said.