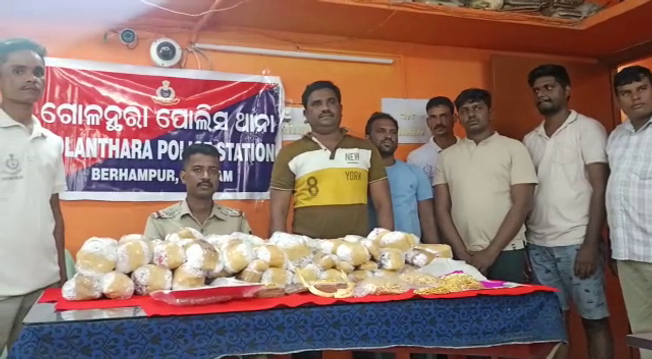 Berhampur, Oct 2: In a huge catch, the Police seized over 3 kilograms of gold and 150 kilograms of silver ornaments from a car near Sorala junction in Ganjam district. The cops have also detained four persons in this connection.

Acting on reliable information, a team of Golanthara police conducted raids at different locations at Sorala junction and found the precious metals concealed in a secret chamber of the vehicle.

According to the information, the GST and IT departments have been informed about the incident.

All four persons were being questioned by the cops, till the last report came in.

As per police sources, the seized gold and silver were being smuggled from Tamil Nadu to Bada Bazaar in Berhampur.

It is suspected that the metals were being transported in a clandestine manner to evade GST payment.