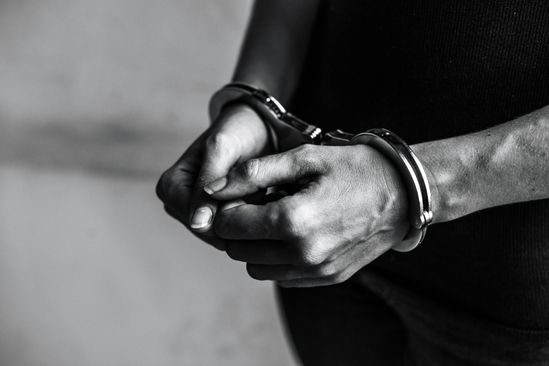 Bhubaneswar, Jan 1: Odisha Police busted what is said to be the country's "biggest ever" job fraud and arrested the key accused from Uttar Pradesh.

The Economic Offences Wing (EOW) of Odisha Police said it unearthed a huge job fraud scam being run from Aligarh, Uttar Pradesh. The scammers targeted the unemployed youth in at least five states - Gujarat, Karnataka, Andhra Pradesh, West Bengal and Odisha. According to Odisha Police, EOW arrested one of the primary accused namely Zafar Ahmed (25) a resident of Civil lines, Aligarh, Uttar Pradesh in connection with the case.

Zafar is an engineer (B.Tech) by profession and one of the masterminds of this scam. He was produced before a local court in Aligarh. The court granted 5 days transit remand. He will be produced before the court at Bhubaneswar.

"We are very thankful to Aligarh Police of Uttar Pradesh for assisting us in arresting the accused. The investigation is still going on to unearth the involvement of others and the huge amount amassed by the fraudsters in this process, said Deputy Inspector General, EOW JN Pankaj.

Odisha Police said the duped amount runs in crores. The scam was being run by a group of highly tech-savvy engineers from Uttar Pradesh with the help of some expert website developers. This core group was assisted by around 50 call center employees. These employees were paid Rs 15,000 per month and were from Jamalpur and Aligarh areas of Uttar Pradesh. More than 1,000 fake SIMs and 530 handsets and Mobile phones were used for this scam, said EOW, Odisha Police.

Police said the scammers were extremely sharp and anticipated every move of police and law enforcement agencies. They used only WhatsApp voice calls by using fake SIM cards. To avoid caller detection, they ensured to save their mobile number related to the Scheme name only. So that if someone check their name on "True caller" it will show the scheme name.

Police said the scammers maintained strict discipline not to use their personal phones for fraud. Around 100 mule bank accounts were used in this scam. They withdrew money only from "Jan Seva Kendra" using the QR code of Jan Seva Kendra and mule account.

By such moves, they ensured zero trails either through phone or bank accounts. The scammers would develop a website resembling a government website displaying the government job advertisement mainly targeting Health or skill department jobs, some using"'Pradhan-Mantri schemes" to attract and deceive the job seekers, said police.

The fraudsters also gave advertisements in local newspapers but ensured that they would use fake identities and use Whatsapp call or other such systems and transact money through mule bank accounts only.

They would charge candidates for registration, interview training to other kinds of events ranging from Rs 3000 to Rs 50,000 depending on to what extent candidates trust them. Generally, they would select all the candidates registered/applied for the job. To win the confidence of candidates they insisted that they work only through their official website, said Odisha police.