Odisha: Written exam for sarpanch candidates before polling; 3 out of 8 qualify 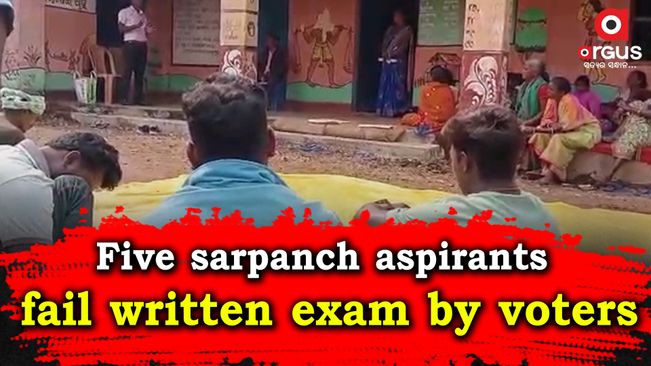 Sundargarh, Feb 12: At a time while candidates are leaving no stones unturned to woo voters, aspirants contesting in the ensuing rural polls had to pass a written test in order to get votes. Such riveting news has been reported from a village in Odisha’s Sundargarh district.

Recently, the sarpanch candidates on Friday visited the village for campaigning. However, they were asked to qualify for the written examination.

The test was organised by the locals and only three candidates passed the examination.

In the exam, the voters asked the sarpanch candidates to review the work of previous sarpanches and their goals for the next five years.

Here are some questions set by the villagers:

What are your five goals as a Sarpanch candidate?

How many villages, wards and people are there in the panchayat?

If you are in politics for social work, write about the five welfare activities you have done so far? Will you be visiting door-to-door to solve the issues of the people with the same zeal you are hopping houses to seek votes for the Sarpanch post?