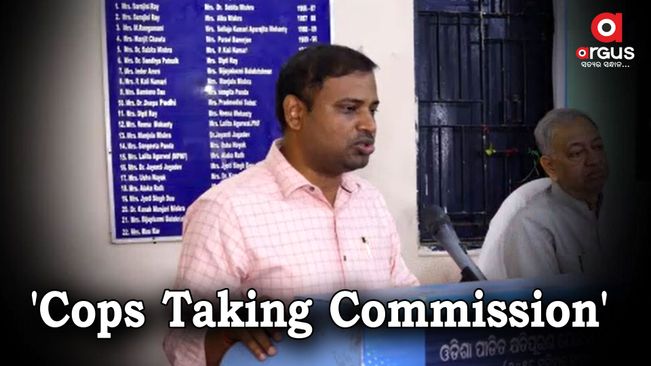 Bhubaneswar, Jan 24: A day after Minister of State (MoS) for Home, Tusharkanti Behera said that police officials and lawyers were taking 'commission' in cases involving the Scheduled Castes and the Scheduled Tribes Prevention of Atrocities Act, the opposition BJP and Congress on Tuesday targeted the State Government the Minister’s explosive remark.

Meanwhile, the Minister’s shocking revelation has sparked controversy. Opposition BJP hit out at the BJD-led government and dubbed the govt as anti-SC, ST and women. “Dalit, Tribal, minors and women are deprived of getting justice in the last 23 years of BJD regime,” said BJP leader Bibhu Prasad Tarai.

Congress also slammed the government over the same. “MoS (Home) admitting police ok taking commission has exposed the law and order situation of the State. He has admitted the truth and failed to day that his ministers also take commission,” said Congress’ Nishikant Mishra.

Now, the question arises, who takes commission; does the Home Department has their data?

Notably, the Minister said that the SC/ST atrocity cases are being falsely implicated and used as a political tools. The advocates with the help of the police misguide the people from SC/ST community and take advantage of them due to their lack of awareness.

“If the SC/ST victims get Rs 2 lakh compensation by the government, they, in most cases, get Rs 50,000 only and the rest amount is being shared with the lawyers and police personnel,” the Minister claimed.