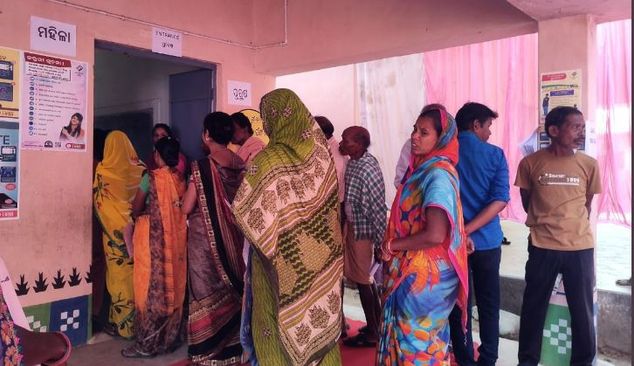 Bargarh, Dec 5: The by-election to the Padampur Assembly constituency in Odisha's Bargarh district recorded a record 80.05% per cent voter turnout till 6 pm, officials said on Monday.

Voting in the Assembly segment has been underway since 7 am at 319 polling stations under tight security.

Over 2.57 lakh voters, including 12 from the transgender community, are eligible to exercise their franchise till 4 p.m.

According to Chief Electoral Officer (CEO) Sushil Kumar Lohani, no untoward incident has been reported from any booth so far.

As there were some technical glitches in the EVMs at seven booths, the machines have been replaced, Lohani said.

A total of 10 candidates are in the fray for the bypoll.

The ruling BJD has fielded Barsha Singh Bariha, the daughter of Bijay Ranjan Singh Bariha whose death necessitated the by-election.