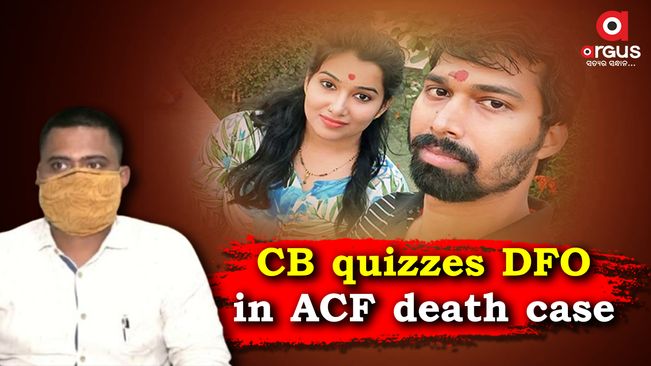 DFO Behera is being interrogated at Gajapati police guest house at Paralakhemundi, according to information.

It may be noted that Soumya’s parents have alleged that their daughter-in-law Bidyabharati and DFO Behera killed Soumya as they had ‘illicit’ relationship. However, during investigation by Gajapati police, the SP gave clean chit to the DFO saying that he had no relationship with Bidyabharati and he is no way involved in the death of Soumya. He later changed his version when he said he should not give any statement as the case was under investigation.

The CB is now grilling the DFO as he was present while Soumya’s dying statement was taken by police, according to sources.

The Crime Branch of Odisha Police has, by now, interrogated six forest officials, the cook of the deceased ACF, and two doctors who had treated Soumya and the Gajapati ADMO. The CB has also quizzed Gurandi PS OIC Mamata Rani Panda who had stopped the 108 Ambulance carrying injured Soumya on the way to hospital on July 12 nights. She is said to be a relative of Bidyabharati, wife of Soumya.

The ACF succumbed to severe burn injuries under treatment at a Private Hospital in Cuttack on July 13.