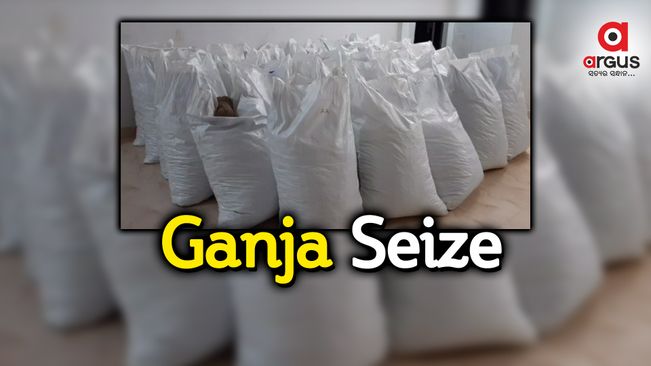 Tightening the noose around the necks of illegal drug traders, police seized over 700 kg ganja by conducting raid on a pickup van on Andhra-Odisha border under Machhkund Police limits in Koraput district last night.

Acting upon a tip-off on the cannabis consignment, a night patrolling team of Machhkund Police intercepted a pickup van near Ghadabeda bridge, located around 5 kilometre away from Machhkund in the wee hours today. During the search ganja weighing around 712.7 gram was found stacked inside the vehicle and got seized.

However, the driver of the van managed to escape from the spot taking advantage of the dark during the raid.

The seized ganja will cost over Rs 70 lakh. Further investigation is underway to trace those involved in the drug trafficking incident.