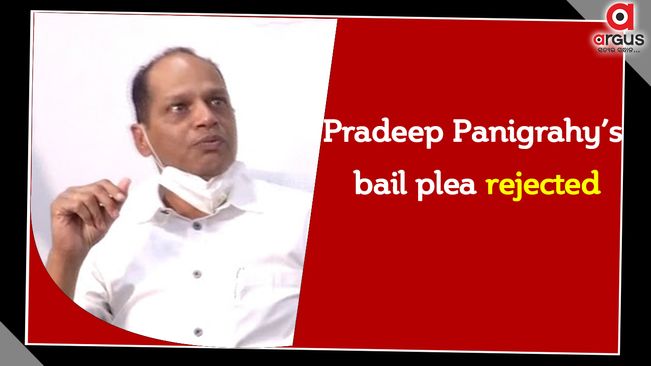 Bhubaneswar, Dec 7: The Additional District Judge (ADJ)-3 court here on Monday rejected the bail plea of suspended BJD leader and Gopalpur MLA Pradeep Panigrahy, who has been arrested on the charge of having complicity in the job scam allegedly committed by Ashok Pathak, son of suspended IFS Anbhay Kant Pathak.

During morning hours, the court had heard the bail plea of Panigrahy and reserved the judgment.  While Panigrahy’s advocate Pitambar Acharya had argued that his client should be given bail as he hasn’t been named in the FIR and there is no case against him. Panigrahy has been implicated in a political conspiracy, the advocate argued futher.

On the other hand, the Government advocate representing the Crime Branch requested the ADJ not to grant bail to Panigrahy, saying that he has direct link with Ashok Pathak and they have family relations.

After rejection of his bail application, Panigrahy can now move higher court for getting bail, said a lawyer.

It may be noted that Chief Minister Naveen Patanaik has referred the corruption allegations of Panigrahy to the Lokayukta for investigation.