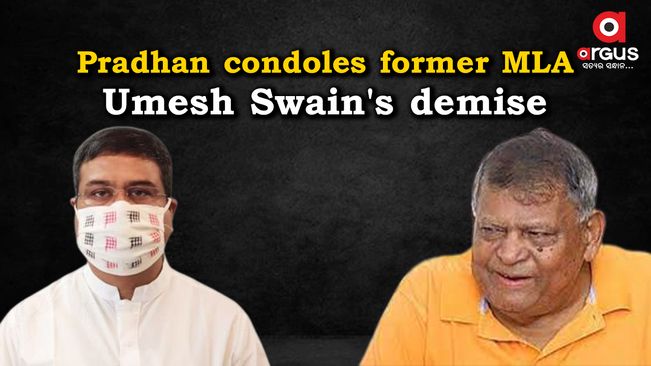 In a tweet in Odia, Pradhan said, “I am saddened to hear the demise of Umesh Chandra Swain, a senior politician and former MLA from Balikuda constituency.”

“He will always be remembered for his work during his long political career. I express my condolences to the bereaved families. May the departed soul rest in peace,” he added.

Swain, a four-time legislator, died of cardiac arrest at his residence here on Wednesday, family sources said. He was 74.

He was elected to the Odisha Legislative Assembly from Balikuda constituency four times in 1977 as a Janata Party candidate, in 1990 as a Janata Dal nominee, and in 2000 and 2004 on a Congress ticket.

A pal of gloom has descended in Jagatsinghpur district following the demise of the veteran politician.