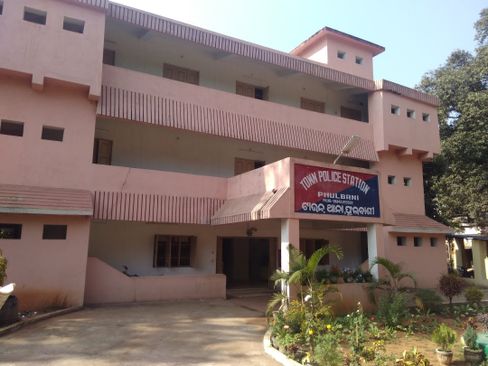 --In a pre-poll violence, two BJP workers were allegedly beaten by BJD Councillor candidate’s husband and his associates over poster tearing at Ward 6 in the Phulbani municipality area last night.

Phulbani, Mar 19: In a pre-poll violence, two BJP workers were allegedly beaten by BJD Councillor candidate’s husband and his associates over poster tearing at Ward 6 in the Phulbani municipality area last night.

According to information, Kandhamal district BJYM vice-president Sudhansu Guru and district secretary Tapan Padhi were returning home when they saw some youths were tearing BJP posters in Wark VI area. They soon opposed them. But the miscreants beat them severely.  While Guru received heavy blows on his chest, Padhi received injuries in his left eye. They were rushed to the District Headquarters Hospital soon. However, they were shifted to the MKCG Medical College and Hospital later in view of their critical conditions.

In a complaint lodged with the town police, the victims have named BJD councillor candidate’s husband Saroj Muni and his aides as accused persons.

Meanwhile, Kandhamal district BJP vice-president Ramesh Mohanty has demanded stern action against the culprits and a free and fair ULB poll in Phulbani.