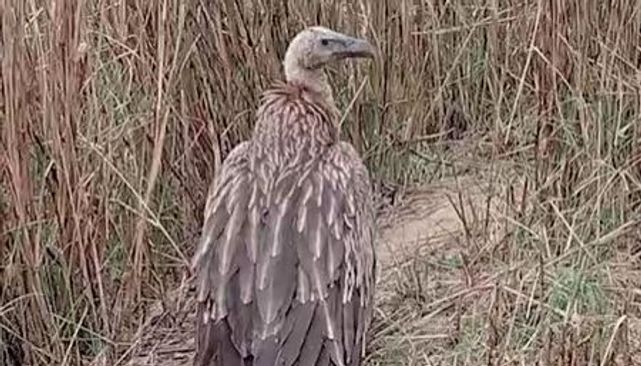 As per reports, locals spotted the giant eagle at a farm land in the locality yesterday and rescued the brown-colured bird. The vulture was reportedly sitting in the field in a weak and hungry condition.

Later, the locals alerted the Forest Department officials in this regard.

On being informed, the Forest officials reached the spot this morning when the locals handed over the eagle to the visiting officials.

Notably, the white rumped vulture (Gyps Bengalensis) has been listed as critically endangered on the IUCN Red List since 2000 as its population declined rapidly.