Rath Yatra 2021 to be celebrated in Puri only; no devotees for 2nd year in row 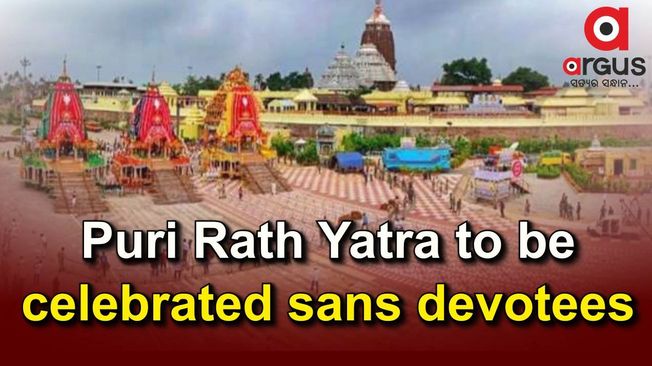 Like last year, the nine-day long annual festival of Holy Trinity will be celebrated in Puri this year without the congregation of the devotees owing to the second wave of Covid-19

Bhubneswar, June 10: The Odisha Government on Thursday announced that the Rath Yatra of Lord Jagannath and his siblings will be celebrated this year in the holy city of Puri, prohibiting at any other temple in the State in view of the ongoing Covid situation.

Like last year, the nine-day long annual festival of Holy Trinity will be celebrated in Puri this year without the congregation of the devotees owing to the second wave of Covid-19, said SRC and Development Commissioner Pradeep Kumar Jena.

The Gundicha Yatra, Bahuda Yatra, Suna Besha and Neeladri Bije of the Holy Trinity will be celebrated in Puri with strict adherence to guidelines laid out by the Supreme Court, he added.

The servitors testing Covid negative or those fully vaccinated will be allowed to participate in the rituals.

As per the Supreme Court’s guidelines, only 500 servitors will be allowed to pull each chariot during the festival.

The I &PR Department of the State Government will facilitate the media for live coverage of the festival.

In case of other Lord Jagannath shrines across the State, only rituals will be conducted within the premises of the temples sans devotees, the SRC said.