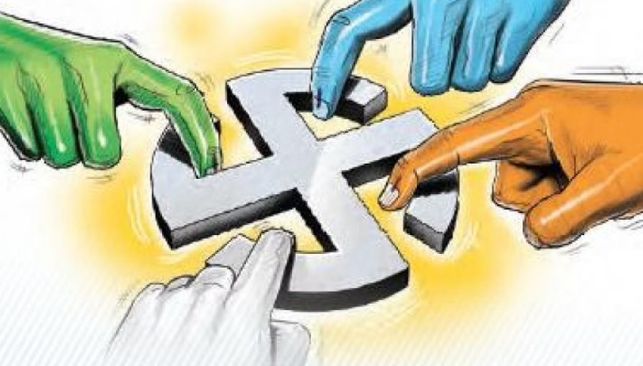 Bhubaneswar, Jan 29: The unexpected presence of a large number of rebels in the panchayat polls fray as independent candidates is giving tense moments, mainly to the ruling Biju Janata Dal (BJD) and the principal opposition Bharatiya Janata Party (BJP), as both the contenders are desperately trying to beat each other in grand electoral exercise ahead of the crucial 2024 Lok Sabha and Assembly elections in the state. As many as 298 rebels have filed their nominations as Zilla Parishad (ZP) members to prove their political worth after all their hopes to get party tickets met with frustration.

Odisha is going to five-phase rural polls commencing from February 16. The state will elect 853 ZP members.

The rebel factor has become worry for the BJD as every ZP zone saw at four to five potential aspirants. Though the party’s strategists managed to convince at most of the places, still more than dissident leaders stayed firm on their decision to contest elections as independent candidates. Around 200 BJD dissidents are in the fray while on the BJP and the Congress sides the number of rebels is little lower considering the fact that these two parties are in the opposition and they do not hold much promising careers for them.

All the three major political parties in Odisha have taken the rural polls as a battle of honour as it would expectedly set the tone for the 2024 Lok Sabha and Assembly polls in the state.

In 2017 rural polls, the BJD had emerged number one with 473 ZP seats, followed by BJP (297) and Congress 60. The polls then marked progress of the BJP from third spot to second position in state politics and the Congress saw its position dipping down to number three.

Apparently buoyed by the outcome of the 2017 rural polls, the BJP took up an aggressive campaign in the run up to 2019 Lok Sabha and Assembly elections and saw its efforts paying rich dividends. It won eight out of 21 Lok Sabha seats, seven more than its 2014 tally. Similarly, the saffron party also won 23 assembly seats, 14 more than its 2014 count.