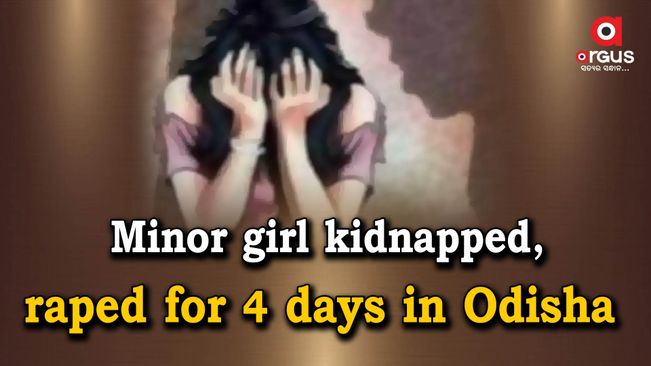 A minor girl was allegedly abducted and raped by a man for four days in Paradip area of Jagatsinghpur district in Odisha.

Jagatsinghpur, Sept 4: In a shocking incident, a minor girl was allegedly abducted and raped by a man for four days in Paradip area of Jagatsinghpur district in Odisha.

The matter came to light after a police complaint was lodged by the survivor’s family on Saturday night.

According to sources, the survivor (17) had left home on Ganesh Chaturthi (August 31) to visit her uncle’s place, around three to four km away from her house.

The accused, who happens to be a driver engaged in transporting school students, waylaid her and allegedly kidnapped her in a car. Later, he took her to a secluded place near a slum where he allegedly sexually abused the minor girl for four days.

Initially, the family members of the girl did not have any information about her whereabouts as they had no mobile phone for which they could not contact her. They thought that their daughter was at her uncle’s residence.

However, the survivor found courage and asked another girl to inform about her situation to her family members.

The girl then went to the survivor’s house and narrated the whole incident. It was only after that the survivor’s family came to know about their daughter.

Subsequently, with the help of some social activists, the family members then rushed to the place where the survivor was held hostage, and rescued her.

Later, the family members lodged a complaint, based on which police detained the accused for interrogation.

A case has been registered and further investigation in this connection is underway, police said.