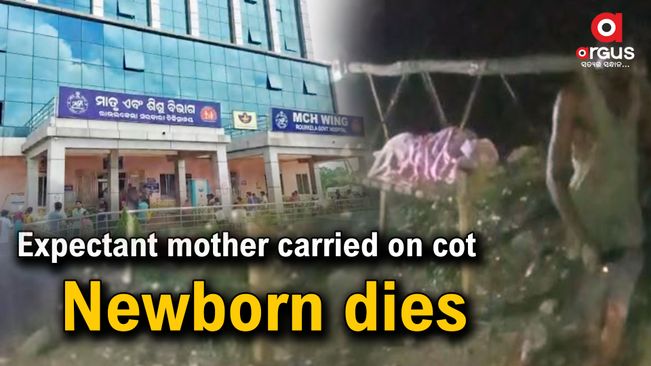 Sundargarh, Oct 6: An Expectant mother was carried on a cot due to lack of road connectivity to their village in Odisha’s Sundargarh district on Wednesday night. Later, her newborn baby died at a government hospital in Rourkela.

Soon, the family members called up 108 ambulance service. The ambulance arrived, but it stopped near Pratappur village, around 3 km away from their village, due to lack of motarable road connectivity.

Left with no option, the family members, with the help of villagers, carried the woman on a cot through a thick forest for nearly 3 km in the dark night to reach the ambulance, which was halted in Pratappur.

From there, the ambulance took the woman to the Lahunipada Community Health Centre, where the doctors referred her to Rourkela Government Hospital (RGH) as her condition was reportedly critical, the family members said.

Then, the woman was taken to the RGH, where she delivered a baby boy but the new born died soon after his birth.