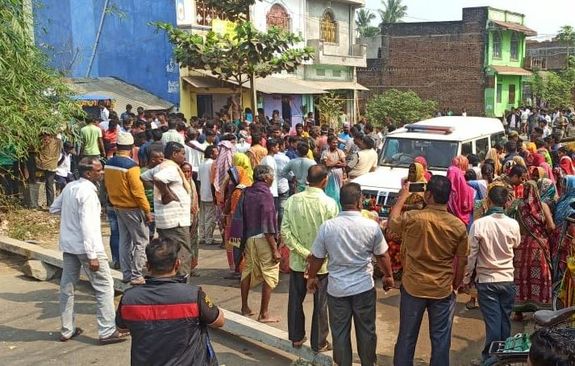 Berhampur, Jan 16: A four-year-old died after being run over by a hyva truck near Sikiri on Hinjili-Taratarini road in Odisha’s Ganjam district on Monday.

The deceased has been identified as Himanshu Dalei, son of Pramod Dalei of the same locality.

As per reports, the mishap occurred when Himanhu was crossing the road near Sikiri this morning. The minor boy reportedly died on the spot.

Soon after the incident, the locals staged road blockade near Sikiri demanding action against rash driving.

Hundreds of vehicle stranded on both side of the road due to the road blockade.

On being informed, Hinjili Police reached the spot and tried to pacify the agitating locals in order to clear the traffic. However, the traffic was not cleared till the report was filed.

Police also seized the truck and started an investigation into the matter.