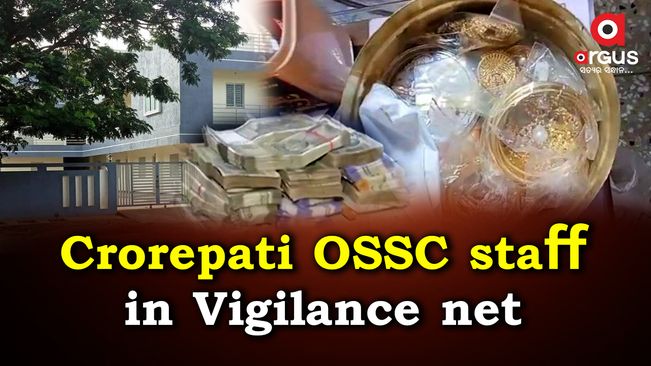 The officials of anticorruption agency conducted raids at six places in Bhubaneswar and Cuttack including Sahoo’s residence at Niladri Vihar here on the allegation of possession of assets disproportionate to the known sources of income.

During the day-long raids, the vigilance officials unearthed assets worth over Rs 3.79 crore including two double-storeyed buildings at Niladri Vihar, Bhubaneswar; two single-storeyed buildings at Bhakti Vihar, Bhubaneswar and Godibandha, Cuttack; 14 plots in Bhubaneswar, Khordha and Puri; a four wheeler, 2 two-wheelers, insurance deposits worth over Rs 56 lakh, Rs 12 lakh cash from his house, Rs 13 lakh from his relative’s house, gold ornaments weighing around 1.5 kg worth over Rs 60 lakh and other movable and immovable properties.

“The search process is still continuing,” said a Vigilance official.