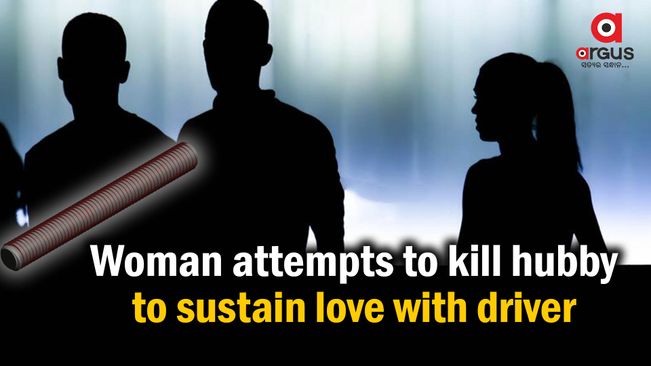 A terrific incident has come to the fore in the capital city where a woman allegedly employed a supari (hired) killer to murder her husband in order to marry a car driver.

Bhubaneswar, Apr 22: A terrific incident has come to the fore in the capital city where a woman allegedly employed a supari (hired) killer to murder her husband in order to marry a car driver.

According to information, the ghastly incident occurred in the Mancheswar area in Bhubaneswar on April 17. The woman is a wife of an electrical engineer of the Railways. The couple was staying at Mancheswar. After the husband was transferred to Puri about a year back, a love relationship was developed between her and her husband’s driver. To sustain their love and stay together, the woman made a conspiracy with the driver to kill her husband. As such, they employed a supari killer for the purpose.

In his attempt, the supari killer attacked the engineer with an iron rod. However, he sustained critical injuries. He is reportedly undergoing treatment at a hospital now.

The matter came to the fore after a police complaint was lodged by the victim.

The latest reports said the driver has been arrested by the Mancheswar police, while the accused woman and the supari killer are on the run.