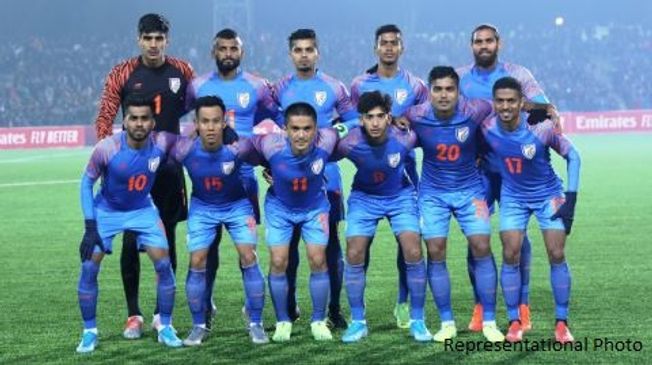 New Delhi, Dec 5: The All India Football Federation (AIFF) has withdrawn India's bid to host the 2027 edition of the Senior Men's Asian Cup, for which it was shortlisted as the potential candidate along with Saudi Arabia.

The Executive Committee of the AIFF decided to withdraw the bid to host the AFC Asian Cup 2027 as it felt that hosting such a big event will not be as per the strategic Roadmap of the Federation, which will be announced later this month.

The AIFF management thinks the hosting of big events doesn't fit into the Federation's strategic priorities.

"Our current focus is building the foundations of the proper footballing structure before thinking of hosting bigger events like the AFC Asian Cup," said the Executive Committee in a statement on Monday.

AIFF President Mr. Kalyan Chaubey said, "India has always been a wonderful and efficient host to big tournaments, which was amply demonstrated in the recently concluded FIFA U-17 Women's World Cup. However, the EC has decided that the overall strategy of the Federation currently remains on focusing on the fundamental goals to strengthen our football at every level from grassroots to youth development.

"At the same time, we must also strengthen our stakeholders, especially the State Associations and work closely with the clubs to bring about a change in every aspect of football at the domestic level. All such aspects will truly be implemented when the Roadmap is announced later this month," Choubey was quoted as saying in a release on Monday.

AIFF Secretary General Dr. Shaji Prabhakaran said, "Our strategy is very simple. We must focus on developing the game on a priority basis, before planning to host major international competitions. Hosting competitions requires big resources and sometimes encourages the tendency to take major issues away from our focus. Right now, our focus should be to take Indian Football forward together."

The AIFF has also officially notified the Asian Football Confederation of its decision to withdraw its bid for the Asian Cup 2027.

The AFC Executive Committee had shortlisted the AIFF and the Saudi Arabia Football Federation (SAFF) bids to host the AFC Asian Cup 2027 during its meeting on October 17, 2022. The AFC Congress is to decide the final host in Manama, Bahrain, in February 2023.

"Following the withdrawal of the AIFF bid, SAFF's bid to host the 19th edition of the AFC Asian Cup in 2027 will now be the only one presented to the 33rd AFC Congress for consideration," the AFC informed in a release. (IANS)