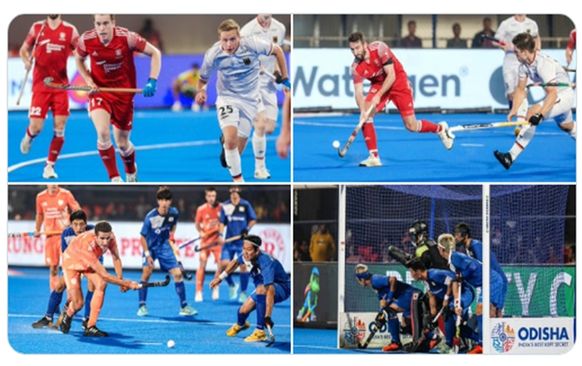 Bhubaneswar, Jan 25: Germany entered into the semi-finals of FIH Hockey Men’s World Cup 2023 after defeating England in the 3rd quarter-final by 4-3 in a penalty shootout at the iconic Kalinga stadium in Bhubaneswar, Odisha on Wednesday.

On the other hand, Netherlands beat South Korea by 5-1 in the 4th quarter-final at the same venue here to storm into the semifinals of the mega event.

Belgium and Australia, have already reached the semi-finals.

While Germany will face Australia, Netherlands will lock horns with Belgium in the seminfinals  on Friday.