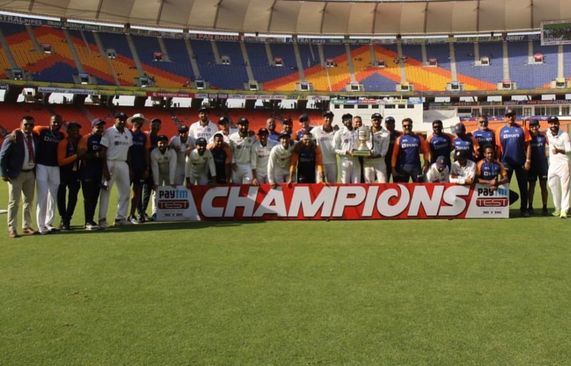 Ahmedabad, Mar 6: India defeated England by an innings and 25 runs in the fourth and final Test at the Narendra Modi Stadium here on Saturday and clinched the series 3-1.

With this victory, India sealed a place in the final of the inaugural edition of the World Test Championship where they will face New Zealand in June.

England were all-out for 135 in their second innings on the Day three of the match.

For the visitors, the highest dcore came from Daniel Lawrence (50) while skipper Joe Root (c) scored 30.

Earlier in the day, India were all out for 365 in their first Innings.

Pant was adjudged as Man of the Match while Ravichandran Ashwin reciived Man of the Series award.