Indian spinners bag 8 wkts, England all out for 205 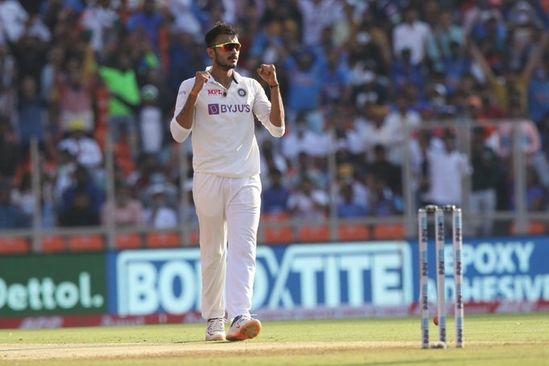 Washington Sundar was the other spinner to bag a wicket to make it eight for the three slow bowlers. Pacer Mohammed Siraj, who was preferred to Umesh Yadav for this Test, took the other two wickets. Fast bowler Ishant Sharma went wicketless.

Ben Stokes was the top scorer for England for 55 and Daniel Lawrence made 46, after openers Zak Crawley and Dominic Sibley failed to provide a solid start. England were reduced to 15 for two and later 74 for four, before Stokes and Ollie Pope (29) steadied the ship somewhat.

Earlier, England captain Joe Root won the toss and chose to bat, at the same venue where the visitors lost the third Test by 10 wickets.

England went for lunch at 74 for three and took tea at 144 for five wickets, as Stokes and Pope led the England resistance.

England started the second session on 74/3 with Stokes in the middle along with Jonny Bairstow. While the pair had done well to prop up the England innings after they lost three early wickets, including that of captain Root, Bairstow did not survive long in the second session.

Siraj struck for the second time in the day by trapping Bairstow in his crease. The ball hit Bairstow's pad and the umpire raised his fingers.

Stokes and Pope then put up 43 for the fifth wicket with the former getting to his 24th Test half century and his second of the series. It looked like the pair would see England through to the end of the post-lunch session but Stokes was done in by an arm ball from Sundar. He was given out LBW and walked after a brief conference with Pope.