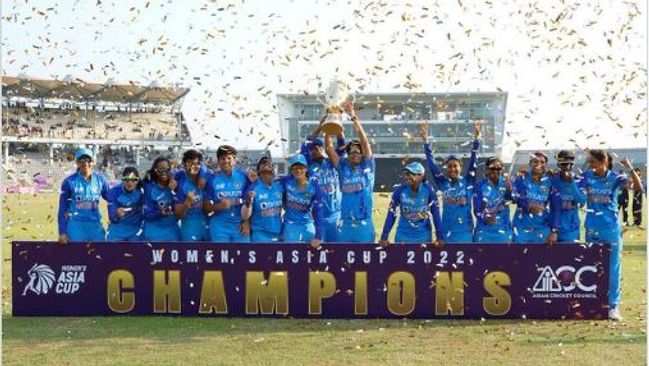 In a historic move by the BCCI, India's cricket governing body on Thursday announced an equal match fee for both men's and women's cricketers of India.

Mumbai, Oct 27: In a landmark moment to tackle gender inequality in cricket, Jay Shah, the Secretary of the Board of Control for Cricket in India (BCCI), announced on Wednesday that the country's female cricketers will now earn the same amount of match fees as their male counterparts.

While saying that Indian cricket is moving towards a new era of gender equality, Shah also announced that the BCCI will also be implementing a pay equity policy for the contracted India women's cricket team players.

"I'm pleased to announce @BCCI's first step towards tackling discrimination. We are implementing pay equity policy for our contracted @BCCIWomen cricketers. The match fee for both Men and Women Cricketers will be same as we move into a new era of gender equality in Indian Cricket," said Shah through his official Twitter handle.

As per Shah's announcement of India's women cricketers to be paid the same match fee as their male counterparts, both female and male cricketers will earn INR 15 lakh as Test match fee while playing in an ODI and T20I will fetch them match fees of INR 6 lakh and 3 lakh respectively.

"Pay equity was my commitment to our women cricketers and I thank the Apex Council for their support. Jai Hind," added Shah.

It is the first time that India's men's and women's professional game has been combined under one master agreement. In July this year, New Zealand had announced in a five-year agreement that their women's and men's cricketers will earn the same match fees across all formats at the international as well as domestic levels.

Of course, the same match fee does not mean real pay parity in Indian cricket as there is a huge disparity in the central contract fee that the men and women are offered.

As of now, the centrally contracted male players get Rs 7 crore, Rs 6 crore and Rs 3 crore in three categories while the women players get Rs 50 lakh, Rs 30 lakh and Rs 10 lakh each.

The BCCI is yet to announce the latest set of contracts for 2022 for both men and women players. (IANS)