Not in the best possible place, but squad ready to fight: Rohit Sharma 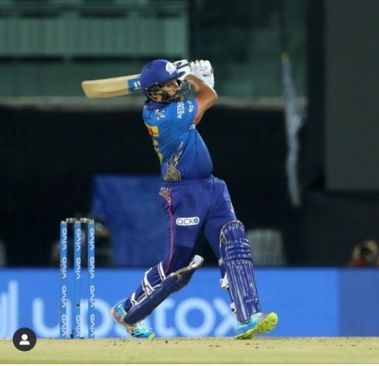 Mumbai Indians skipper Rohit Sharma said his side might not be in the best possible place to make it to the IPL play-offs, but the team has been in this situation before, and the good thing is that the "squad is ready to fight".

Abu Dhabi, Sep 29: Mumbai Indians skipper Rohit Sharma said his side might not be in the best possible place to make it to the IPL play-offs, but the team has been in this situation before, and the good thing is that the "squad is ready to fight".

On Tuesday, a clinical show by bowlers along with an unbeaten 40 from Hardik Pandya helped five-time champions Mumbai Indians seal a six-wicket win over Punjab Kings at Sheikh Zayed Stadium. This was Mumbai's first win in the UAE leg of the tournament and places the defending champions at fifth place in the points table, thereby keeping their playoffs hopes alive.

"As a team we didn't play to our potential, but these things happen when you play in such a format where you're competing really hard. It's important to stay within the group, and stick with each other. It's a long tournament. Yes we didn't have the run we would have liked but we have been in this situation many times so we can take confidence from that. The guys we have in the squad are ready to fight," said Sharma, who couldn't give his side a great start, miscuing a slog-sweep to mid-on off Ravi Bishnoi when on eight.

Sharma was happy with the way Hardik Pandya kept the innings together, notching up an unbeaten 40 off 30 deliveries and guiding the side to victory along with Kieron Pollard.

"The way Hardik understood the situation was important from the team perspective and for himself also. It's important he spent some time in the middle. It was a very tough call to drop Ishan Kishan, but as a team we felt we needed a chance somewhere. But he looks very confident when you talk to him. Saurabh (Tiwary) was batting well, he got a 50 against CSK. We wanted someone who could nudge around, and he played that role perfectly. I'm not ruling out anyone, we want Ishan to be back in form and playing for MI."

Ishan Kishan was dropped for the match on Tuesday after a string of poor scores and Saurabh Tiwary went on to score a quick 45 when the chips were down following the cheap dismissals of Sharma (8) and Suryakumar Yadav (0).

"The pitches here are better than what we played in England! Towards the end of last year, it was pretty similar to what we are getting now. We need to change our tactics. There will be lots of change-ups from the opposition based on our batting line-up."

Sharma showered praise on Pollard after an all-round display saw him take two wickets and score an unbeaten 15.

"Pollard's one of our key players. Been a crucial part of MI for so many years. Give him the ball, give him the bat, he's ready to do the job. Those two wickets (KL Rahul and Chris Gayle) were crucial. He'll be happy getting the Man of the Match for his bowling performance."