Olympics: Sindhu storms into the semis in women's singles 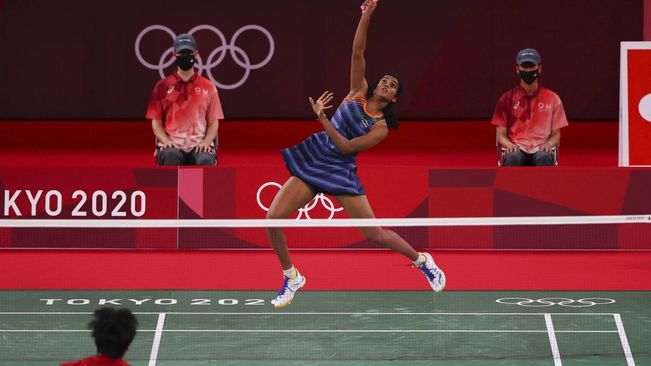 Sindhu, looking to add a gold medal to the silver she won in Rio, dominated her Japanese rival at the net, created points with her disguised shots, and completed straight game wins.

The Indian 26-year-old Indian shuttler from Hyderabad was in total control of the first game and then quelled a strong fightback by Akane to reach the semifinals for the second successive Olympics.