Ravindra Jadeja ruled out of Asia Cup; Axar Patel replaces him in squad 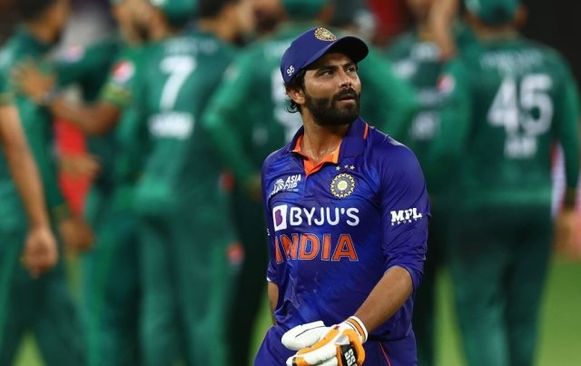 Ravindra Jadeja has sustained a right knee injury and has been ruled out of the the ongoing Asia Cup 2022.

Dubai, Sept 2: India's star spinner Axar Patel has been named as the replacement for the injured Ravindra Jadeja in the ongoing Asia Cup 2022.

Ravindra Jadeja has sustained a right knee injury and has been ruled out of the tournament. He is currently under the supervision of the BCCI medical team. Axar Patel was earlier named as one of the standbys in the squad and will join the team in Dubai soon.

Jadeja had played a key role in India's victory over Pakistan in their opening Asia Cup match. The all-rounder played a crucial knock of 35 runs to guide the team to victory with Hardik Pandya anchoring the innings on the other end. India triumphed over Pakistan by five wickets in a tight contest.

In the second match, Suryakumar Yadav's stylish 68* and Virat Kohli's 59* helped India secure a spot into the Super Four round of Asia Cup 2022 after defeating Hong Kong by 40 runs here at the Dubai International Cricket Stadium.

India have booked their place in the Super Four by defeating Pakistan and Hong Kong.

Pakistan and Hong Kong will meet on Friday to decide the second Super Four team from Group A. The super Four round of the Asia Cup 2022 will begin on Saturday.