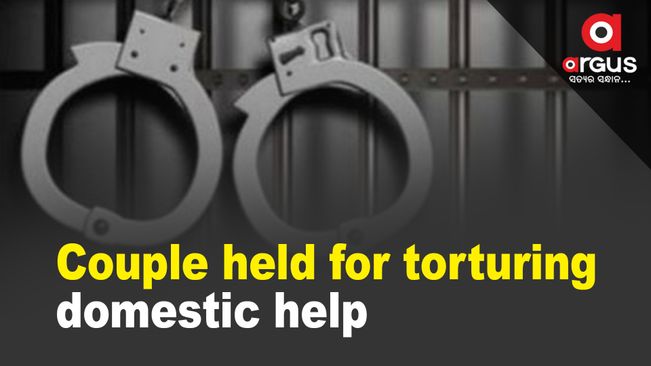 Bhubaneswar, Dec 7: Commissionerate Police on Wednesday arrested a couple for allegedly abusing and torturing their domestic help, an 11-year-old girl, here in Odisha.

The couple has been identified as Bibhuti Patsani and his wife Sonali. They reside near Salia Sahi under Nayapalli police station limits in the State Capital.

According to the information, the accused couple brought the minor girl to their house in the city on the pretext of providing school education to her, but employed the girl as their domestic help.

The couple used to assault the minor girl at her silly mistakes regularly. On Tuesday, they beat the girl mercilessly leaving her critically injured and later, dumped her on roadside in Salia Sahi area, police sources said.

The matter came to fore last evening after Childline members rescued the minor girl in a critical condition from Salia Sahi area. On being informed, Nayapalli Police reached the spot and rushed the girl to Capital Hospital here for here treatment.

On the basis of the victim’s ordeal, the couple has been booked under several sections of the Indian Penal Code (IPC) and the Juvenile Justice (Care and Protection of Children) Act. Further investigation in this case is underway, police said.