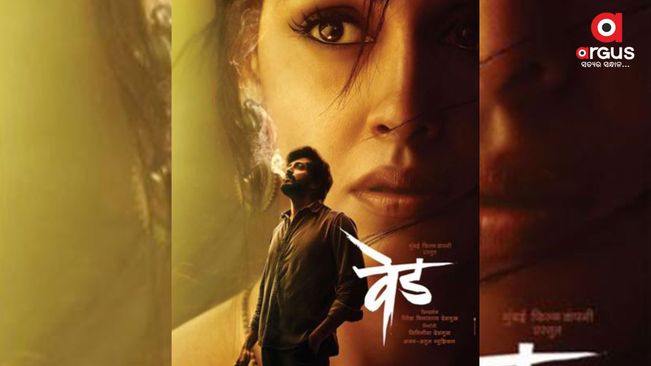 Taking to Instagram, Riteish dropped the posters which he captioned, "On the auspicious day of Diwali Padwa am extremely thrilled and happy to share the #FirstLook of my Directorial Marathi Film #Ved #vedd (Madness, Craze, Passion). Need all your blessings and good wishes. #Ved30Dec #VedMarathiMovie #VedFirstLook."

The 'Housefull' actor dropped multiple posters of his next film in which he could be seen along with his wife actor Genelia D'souza in an intense look.

Soon after the actor dropped the first look posters, fans swamped the comment section and dropped heart and fire emoticons.

"Congratulations...and all the very best to our director and producer aka you and genee....," a fan commented.

Another fan wrote, "Ritiesh Genelia you guys are together all the very best for ur ved."

Helmed by Riteish, the Marathi film is all set to hit the theatres on December 30.

In July, this year, the 'Grand Masti' actor announced the wrap of his film along with the news that actor Salman Khan will be seen in a guest appearance role in his directorial debut project.

Meanwhile, Riteish was recently seen in a romantic comedy film 'Plan A Plan B' alongside Tamannaah Bhatia. Helmed by Shashanka Ghosh, the film premiered exclusively on Netflix and gathered positive responses from the audience.

He will also be seen in an upcoming horror comedy film 'Kakuda' alongside Sonakshi Sinha and Saqib Saleem.

He also has 'Mr Mummy' a comedy film alongside Genelia D'souza and '100%' alongside John Abraham, Nora Fatehi and Shehnaaz Gill. (ANI)