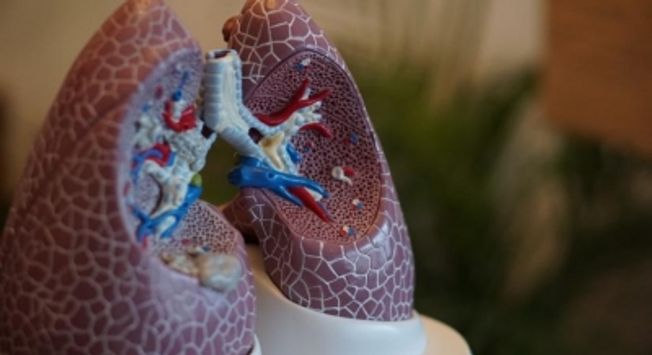 People with even mild Covid infections are likely to have hidden damage to their lungs after an initial bout of illness, a small pilot study in the UK has shown.

London, Jan 29: People with even mild Covid infections are likely to have hidden damage to their lungs after an initial bout of illness, a small pilot study in the UK has shown.

While earlier long Covid was seen among people with severe Covid, the study posted pre-print and not yet peer-reviewed showed that the condition -- which majorly includes fatigue, shortness of breath and even trouble concentrating -- was seen even among people infected with Covid who did not required hospitalisations.

In the study, researchers from the Universities of Oxford, Sheffield, Cardiff and Manchester, used a novel xenon gas scan method to pick up lung abnormalities not identified by routine scans, the BBC reported.

The team compared xenon gas scans and other lung-function tests in three groups of people.

The gas behaves in a very similar way to oxygen but can be traced visually during scans, so scientists were able to "see" how well it moved from the lungs into the bloodstream -- a crucial step in transporting oxygen around the body, the report said.

Researchers found for the majority of people with long Covid, gas transfer was less effective than in healthy controls.

People who had been admitted to hospital for Covid had similar abnormalities.

According to lead researcher and lung specialist Dr Emily Fraser, it was frustrating having people coming into the clinic and not being able to explain to them exactly why it was that they were breathless.

"This is important research and I really do hope this will shed more light on that. It is important people know that rehabilitation strategies and breathing retraining can be really helpful," Fraser was quoted as saying.

"When we see people in the clinic who are breathless we can make progress," she added.

Researchers say the findings shed some light on why breathlessness is so common in long Covid -- though the reasons for feeling short of breath are often many and complex.

"There are now important questions to answer, such as, how many patients with long Covid will have abnormal scans, the significance of the abnormality we've detected, the cause of the abnormality, and its longer-term consequences," co-chief investigator, Prof Fergus Gleeson, was quoted as saying.

"Once we understand the mechanisms driving these symptoms, we will be better placed to develop more effective treatments."