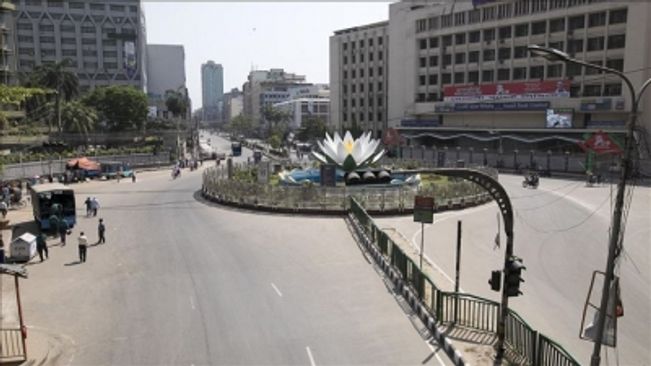 Dhaka, June 26: The Bangladesh government has announced its decision to impose a nationwide strict lockdown for a week from Monday in an effort help curb the spread of Covid-19 in the country, asking people to avoid non-essential trips.

The decision was announced on Friday night amid the ongoing resurgence of Covid-19 cases across the country, reports Xinhua news agency.

Bangladesh's Press Information Department (PID) made the announcement hours after the health authorities reported the country's second highest daily deaths since the onset of the pandemic in March last year.

The Directorate General of Health Services (DGHS) reported 108 new fatalities and 5,869 new confirmed cases of on Friday, taking the overall tally to 878,804 with 13,976 deaths.

The PID said: "The lockdown would be in place for seven days from June 28."

It said all offices including government, semi-government, and private offices will be closed from Monday.

No one will be allowed to go outside except for trips for the absolute necessity, it noted.

Amid an uptrend in the new cases, river transport and railway and bus operations have already been suspended in the country, with the only exception for emergency services.