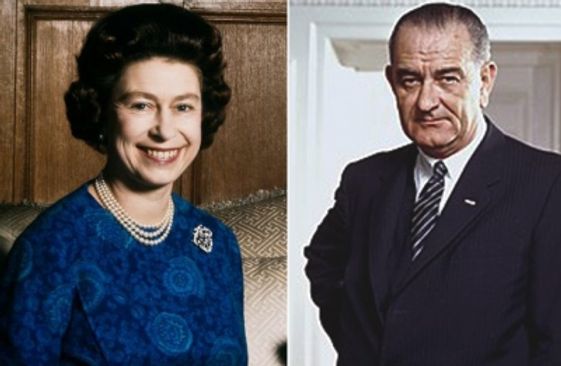 Queen Elizabeth II has the rare distinction of having received all but one of the 14 US Presidents during her 70 year reign, Lyndon Johnson being the exception. Johnson was never an elected president, he succeeded John F. Kennedy after his assassination.

Washington, Sep 9: Queen Elizabeth II has the rare distinction of having received all but one of the 14 US Presidents during her 70 year reign, Lyndon Johnson being the exception. Johnson was never an elected president, he succeeded John F. Kennedy after his assassination.

All five of the former US presidents still living paid homage issuing statements praising her reign and her persona.

Queen Elizabeth II died on Thursday at Balmoral Castle in Scotland, her summer retreat, at 96.

During her seven-decade reign, the Queen met 13 of the last 14 US presidents. This includes all five of the former presidents who are still alive: Jimmy Carter, Bill Clinton, George W. Bush, Barack Obama, and Donald Trump.

When Queen Elizabeth was still a princess in 1951, she travelled to Washington, DC for the first time to meet President Harry Truman, and the two complimented each other's nations.

"Free men everywhere look towards the US with affection and with hope," she told Truman.

In the wake of her death, the former presidents have offered their condolences and reflected on their interactions with the late monarch.

"Her dignity, graciousness, and sense of duty have been an inspiration, and we join the millions around the world in mourning a remarkable leader," Carter said in a statement.

Clinton in a statement said that he and his wife, Hillary Clinton, "mourn the passing of Her Majesty Queen Elizabeth II, and we join with people across the United Kingdom and the Commonwealth, and all around the world, in giving thanks for her extraordinary life."

Clinton said they "will always be grateful for the kindness she showed us through the years, particularly during our visits to Buckingham Palace in 1995 and 2000, and for all she did to deepen the Special Relationship."

Describing her 70-year reign as "remarkable," Clinton said Queen Elizabeth "led Britain through great transformations with unfailing grace, dignity, and genuine care for the welfare of all its people."

"In sunshine or storm, she was a source of stability, serenity, and strength," he added.

Bush said he and former first lady Laura Bush regarded the queen as a woman of "great intellect, charm, and wit."

In a statement, Bush said she "ably led England through dark moments with her confidence in her people and her vision for a brighter tomorrow."

"Spending time at Buckingham Palace, and having tea with Her Majesty -- and her Corgis -- is among our fondest memories of the presidency," Bush said.

Barack Obama said that he and former first lady Michelle Obama were "lucky enough to come to know Her Majesty, and she meant a great deal to us."

"Back when we were just beginning to navigate life as President and First Lady, she welcomed us to the world stage with open arms and extraordinary generosity.

"Time and again, we were struck by her warmth, the way she put people at ease, and how she brought her considerable humour and charm to moments of great pomp and circumstance," Obama added.

In a post to Truth Social, Trump said he and former first lady Melania Trump "will always cherish our time together with the Queen." "What a grand and beautiful lady she was -- there was nobody like her!" Trump wrote, said the Business Insider.