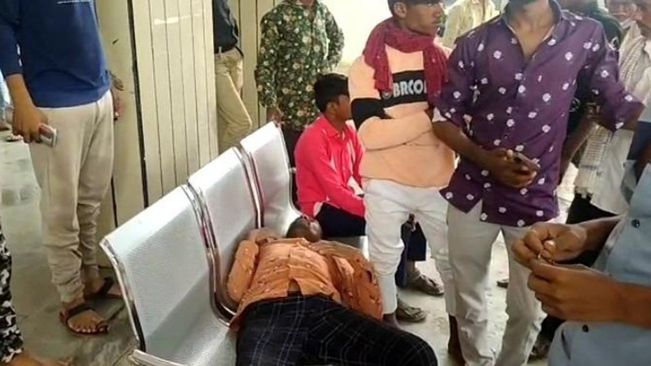 Ahmedabad, Jul 26:  With seven more people succumbing, the death toll in the hooch tragedy in Ahmedabad and Botad districts of Gujarat climbed to 24 on Tuesday morning, police said.

According to Bhavnagar Range Inspector General of Police Ashok Kumar Yadav, of the deceased 15 were from Botad districts, while nine belonged to Ahmedabad rural areas.

The kingpin and Methanol suppliers have been arrested and are being questioned.

A combing operation was carried out throughout the night during which 600 litres of Methanol was seized, police sources from the Botad said. Ahmedabad-based Amos company's Jayeshbhbai had reportedly supplied the chemical, they said, adding that he is being questioned along with one Raju.

Meanwhile, Congress leader Manhar Patel from the Botad district told IANS that the death toll in the tragedy which took place on Monday is 31 and not 24 as is being claimed.

The Congress leader, along with Rojid village Sarpanch J.D. Dungrani had blown the whistle regarding illicit liquor four months ago, he claimed.

As many as 47 persons from Botad rural areas, specifically from Barvala Taluka, were brought to Bhavnagar district government hospital till this morning.(IANS)