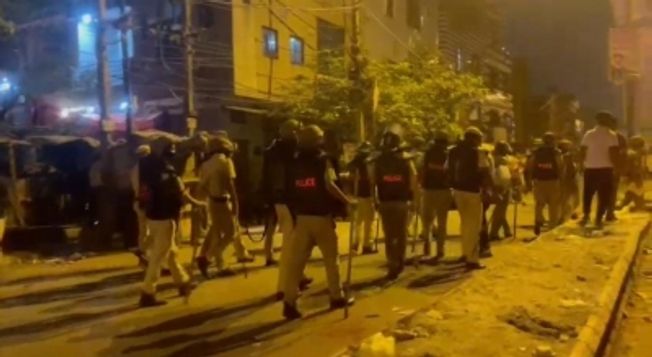 The communal clashes occurred at the Jahangirpuri area on Saturday evening in the wake of the 'Shobha Yatra' that was being organised on the occasion of Hanuman Jayanti.

Most of the senior Delhi Police officials, including Special Commissioner of Police (CP), Law and Order, New Delhi, Dependra Pathak, were present at the site of violence at the time of filing of this report.

The Special CP while speaking to IANS said the situation is now peaceful and under control.

"We have lodged an FIR into the incident and initiated an investigation into the case," Pathak added.

The senior official appealed the people of the locality to maintain peace and calm in the area.

"The police is present in adequate numbers in the area," he said.

The police in large numbers along with paramilitary forces could be seen patrolling and manning the violence-prone area.