Misbehaving with tourists in Raj now a cognizable offence 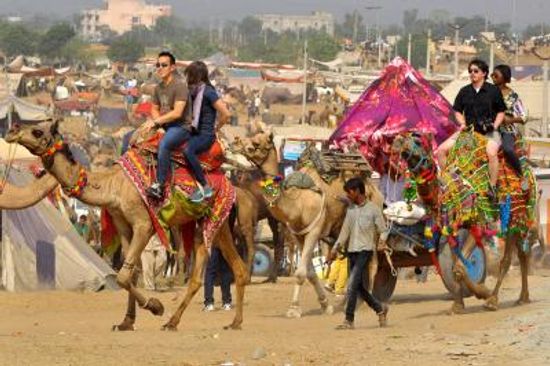 Jaipur, Sep 14: Strict action will be taken against those who misbehave with tourists in Rajasthan as the crime will now be included under the category of cognizable offence.

The Rajasthan government on Monday passed the Rajasthan Tourism Business (Amendment) Bill, 2021 in the Assembly.

Minister of State for Tourism Govind Singh Dotasara, while presenting the Bill in the House, said that Section 27-A has been added in this amendment.

The Bill was brought in the year 2010 for the purpose of improving the pace of tourism business development, returning tourists with a good feeling of pride of Rajasthan and preventing misbehaviour with them. However, it never mentioned whether the punishment was bailable or non-bailable, so it had to be amended, said the government.

The crime has now been brought under the category of cognizable offence.
(IANS)