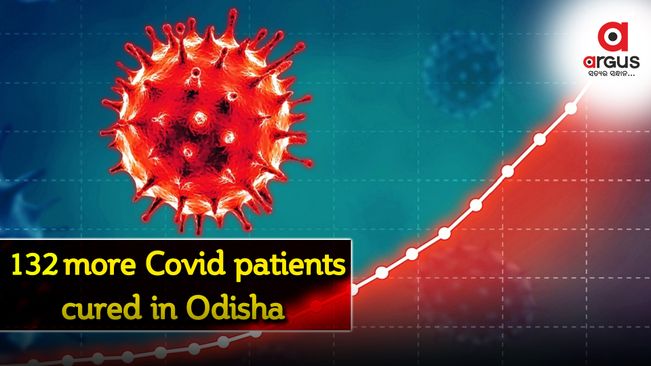 Bhubaneswar, Jan 28: As many as 132 Covid patients recovered in Odisha on Thursday, taking the number of persons cured of the virus in the State to 3,31,667, informed the Health and Family Welfare Department.

According to the data furnished by the department in its Twitter account, the highest 23 patients were recovered in Sundargarh district followed by 20 in Puri, 19 in Sambalpur, 13 in Anugul, eight in Jajapur, six in Bargarh, five in Bhadrak, four each in Keonjhar and Nuapada, three each in Bolangir, Cuttack, Deogarh, Jagatsinghpur, Jharsuguda and Khordha, two each in Gajapati, Ganjam, Mayurbhanj and Sonepur and one each recovered in Baleswar, Boudh and Kalahandi district.

Besides, one recovery was reported from the State pool.

Notably, the State didn’t witness any death due to Covid infection during the last 24 hours and, thus, the number of Covid deaths stood at 1,906 as before.

Similarly, the State’s Covid positive tally rose to 3,34,780 after 113 new positive cases were detected in the last 24 hours. Out of 113 new cases, 67 were detected from among quarantined persons and 46 detected as local contacts.