Elderly man trampled to death by wild elephant in Mayurbhanj 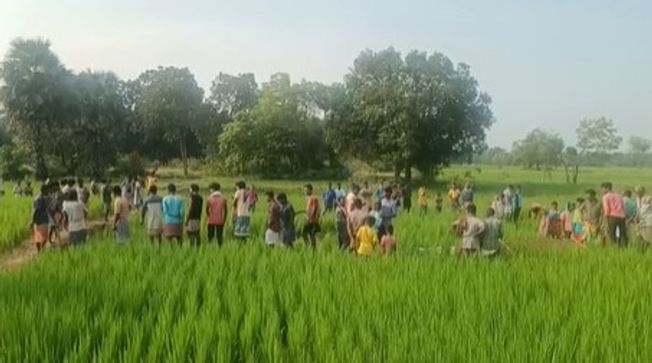 A female elephant which had sneaked into the Rasgovindpur Range from Jharkhand’s Dalma forest via West Bengal two days ago pounced on Arjun to trample him on the spot.

Baripada, Oct 4: With no respite in sight from jumbo scare in the State, an elderly man was killed in wild elephant attack in Bhaduashola village under Rasgovindpur Forest Range on Monday.

The deceased has been identified as Arjun Hansda, a resident of the same locality.

As per the report, Arjun had been to look after his crops grown in a piece of land on the outskirts of the village when the elephant attack took place.

A female elephant which had sneaked into the Rasgovindpur Range from Jharkhand’s Dalma forest via West Bengal two days ago pounced on Arjun to trample him on the spot.

Forest Department officials rushed to the spot immediately and sent the body of the deceased for autopsy to Pandit Raghunath Murmu Medical College and Hospital.

It is learnt that, the female elephant which attacked Arjun was seen along with a baby elephant in the area two days ago. The attack took place despite Forest Department’s issuance of alert.