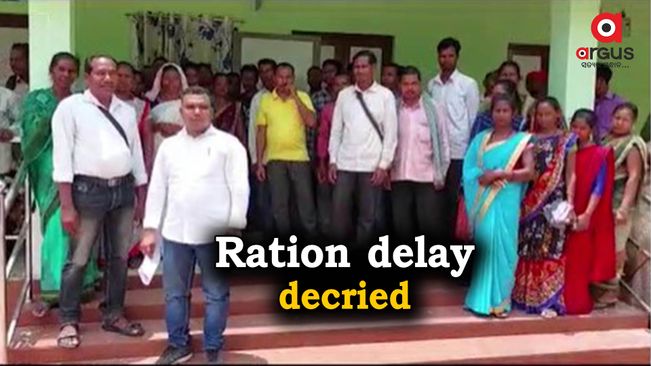 Even as the Odisha Government makes tall claims of smooth distribution of rations in all districts, an incident of people staging a protest at Gunupur block in Rayagada district brings out the real picture.

Rayagada, Jun 27: Even as the Odisha Government makes tall claims of smooth distribution of rations in all districts, an incident of people staging a protest at Gunupur block in Rayagada district brings out the real picture.

According to information, beneficiaries of Putasingh gram panchayat have not been given ration under the public distribution system (PDS) for the last three months. Though they approached concerned dealer and block office many times all their efforts went in vain. Finally, they led by Sarpanch Asiya Shabar got united and gheraoed the Gunupur block office.

Later, a team led by Shabar met the BDO and handed over a memorandum demanding early release of PDS rations.

The BDO assured them that rice would be distributed to them in a week’s time.