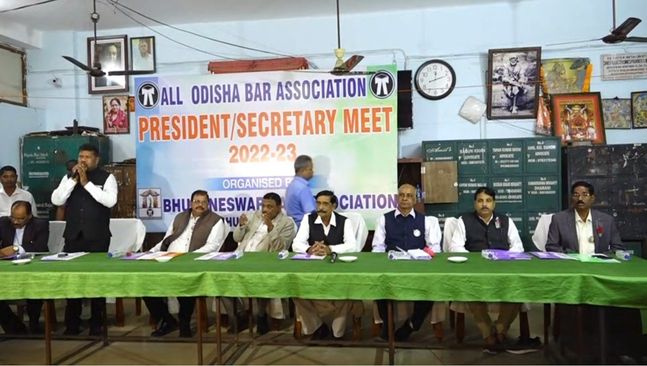 All Odisha Bar Association will observe December 12 as a ‘Pratibad Divas’ (Protest Day) in protest against  reported attempts to deprive lawyers of their rights.

Bhubaneswar, Dec 4: All Odisha Bar Association will observe December 12 as a ‘Pratibad Divas’ (Protest Day) in protest against  reported attempts to deprive lawyers of their rights.

“While lawyers are working to fetch justice people in different cases, it is disappointing that a conspiracy has been made to denigrate us,” alleged Bar Association members.

An action committee has been formed to expedite the protest.

According to the decision taken at the meeting, lawyers opined that the decision of the Supreme Court is partial and not acceptable to them. The Bar would meet the President over the decision. They too opposed the stand of the Advocate General.