Mumbai, March 4: Hansal Mehta's hit series "Scam 1992: The Harshad Mehta Story" is set to have a follow-up. The showmakers have announced the second installment of the series, titled "Scam 2003: The Curious Case of Abdul Karim Telgi".

The new season will tell the story of the 2003 stamp paper scam and its perpetrator, late convicted Indian counterfeiter Abdul Karim Telgi. The script will be adapted from the Hindi book "Reporter Ki Diary" authored by journalist Sanjay Singh. Hansal Mehta returns to direct the show.

"I am delighted to be back with exploring yet another fascinating story following the immense success of 'Scam 1992'. The new season of this franchise will focus on another riveting story that shook the country a few years ago -- the stamp paper scam," said Hansal Mehta.

"Scam 1992 has helped established a solid ground for the 'Scam' franchise, where we aim to tell stories about various scams that our country has witnessed, the people behind it, their motivations and machination. The success of 'Scam 1992' endorsed our belief about the audience interest in such stories. We are extremely thrilled to announce 'The Telgi Story' as the next season. There is some great potential we see in this story," said Sameer Nair, CEO, Applause Entertainment, who have produced the show in association with StudioNEXT.

The series will go on floors later this year and stream on SonyLIV. 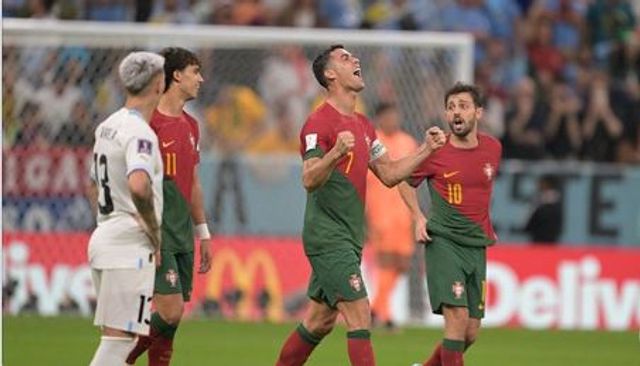 Lusail, Nov 16: Portugal sailed past Uruguay to book a spot in the round of 16 after they secured a 2-0 victory against the South American team at Lusail Stadium in a Group H encounter at the ongoing FIFA World Cup. Bruno Fernandes's brace helped Portugal venture into the knockout stages as the forward
Read full story