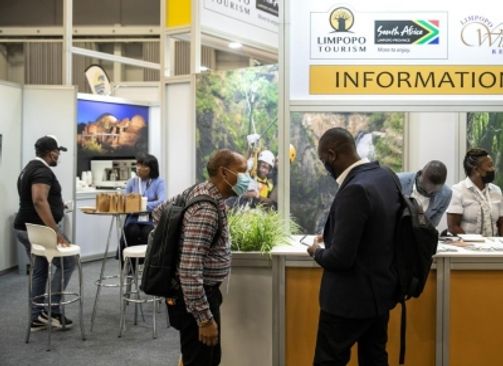 Sisulu told reporters that arrivals from the African continent increased by 109 per cent as compared to the same period in 2021, with Zimbabwe accounting for most arrivals to South Africa, followed by Mozambique and Lesotho, reports Xinhua news agency.

"Recovery in Asia and the Pacific is much slower, due to border closures and strict travel policies," said Sisulu, noting the African air transport markets brought in 1,634,244 arrivals.

She said domestic tourism saw 15.2 million domestic trips during the period under review, which is more than the pre-Covid period.

Sisulu attributed the improvement in tourism performance to the relaxation of the travel restrictions following the decline in the Covid-19 figures.

She said the future of tourism looks bright with bookings done for next year.

"The future for our tourism and hospitality sector looks even brighter. In August, forward bookings increased by 328 per cent (85,960). Between August to October, there was an impressive 287 per cent (187,667) increase in bookings.

"For August to January 2023, there was a 227 per cent (294,220) increase in bookings. This is a new emerging trend, as we are seeing that international tourists are now booking further in advance for their future travel," Sisulu said.