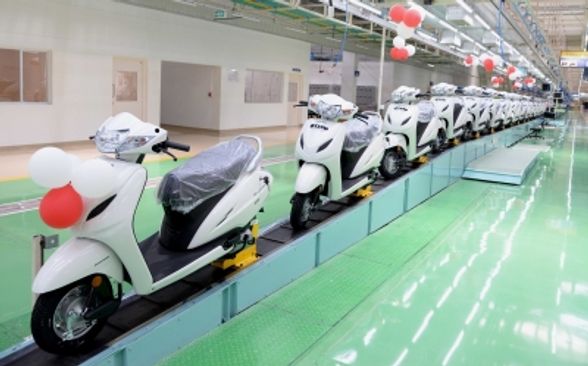 The unabated deadly fires in the electric two-wheelers has shaken up the entire EV industry and its stakeholders, forcing the government to now press an emergency button and direct EV makers to immediately recall faulty batches that may trigger more such incidents.

New Delhi, Apr 22: The unabated deadly fires in the electric two-wheelers has shaken up the entire EV industry and its stakeholders, forcing the government to now press an emergency button and direct EV makers to immediately recall faulty batches that may trigger more such incidents.

After Union Road Transport and Highways Minister Nitin Gadkari said in a tweet thread that companies may take advance action to recall all defective batches of vehicles immediately, Hyderabad-based Pure EV said it has initiated the recall of 2,000 e-scooters to check any faults in batteries and chargers.

"In view of the recent fire incidents involving our vehicles in Nizamabad and Chennai, PURE EV has decided to recall 2,000 vehicles from the models ETrance Plus and EPluto7G of the concerned batches," the company said in a statement late on Thursday.

An 80-year-old man was killed and two others injured when the battery of a Pure EV electric two-wheeler exploded in their house in Telangana's Nizamabad district.

According to police, the incident occurred on the night of April 19 in a house where the battery was being charged.

This was the fifth incident of a fire in a PURE EV scooter.

Earlier, Gadkari warned EV makers that if any company is found negligent in their processes, "a heavy penalty will be imposed and a recall of all defective vehicles will also be ordered".

"We have constituted an Expert Committee to enquire into these incidents and make recommendations on remedial steps. Based on the reports, we will issue necessary orders on the defaulting companies," he said.

After nearly six such EV fire incidents within a month, the government has asked all EV players to take firm steps to avoid such incidents.

From Ola Electric to Okinawa Autotech, several EV makers are under the scanner for reported fires in their e-scooters.