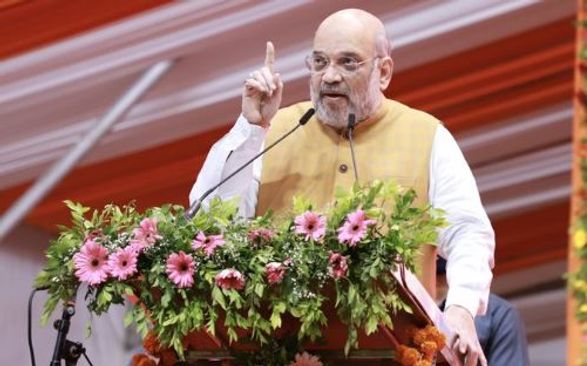 Union Home Minister Amit Shah is likely to take part in the state executive committee meeting scheduled to be held on October 7 at the Palace Grounds in Bengaluru , said sources in the BJP.

Bengaluru, Oct 5: Union Home Minister Amit Shah is likely to take part in the state executive committee meeting scheduled to be held on October 7 at the Palace Grounds here, said sources in the BJP.

The crucial meeting was postponed multiple times because of the flood situation in the state. The party has now finalised the date and approached the office of the Home Minister for his participation in the meeting.

Though a final confirmation is yet to come, Shah has responded positively to the invitation, BJP insiders said.

The BJP in Karnataka is strategising to counter Congress' 'Bharat Jodo Yatra' led by Rahul Gandhi. The padayatra is evoking good response in the state, and interim Congress President Sonia Gandhi is also scheduled to take part in it on Thursday.

The saffron party has also planned a series of conventions and state-wide tours. Chief Minister Bommai has announced that he would take up a state-wide tour along with Yediyurappa after the Dasara festivities, which concluded on Wednesday. (IANS)