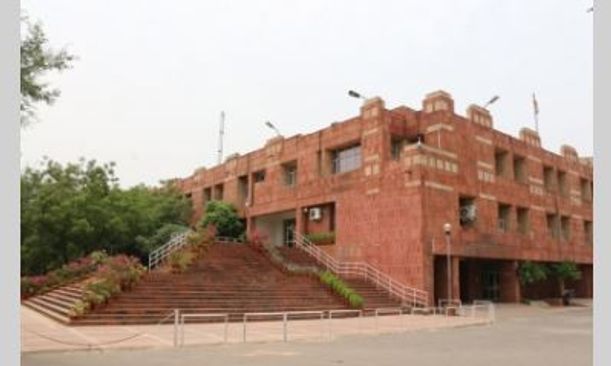 New Delhi, Dec 2: A controversy has once again erupted at the Jawaharlal Nehru University (JNU), this time over the walls of several buildings on the university campus being defaced with anti-Brahmin and anti-Baniya slogans.

Slogans against the Brahmin community were seen on the walls of JNU's School of International Studies.

Some of the slogans on the walls read "Brahmins Leave The Campus", "Brahmins-Baniyas, we are coming for you! You will not be spared" and "Go back to the Shakha".

Several students and student organisations of the university have expressed their displeasure over this. However, the university administration is yet to take any action.

Photos depicting anti-Brahmin and anti-Baniya slogans on JNU campus have been shared widely on social media.

The slogan 'Shakha Laut Jao' was written on the door of the cabin of a female professor of the university. According to some JNU students, the female professor was "held hostage" for 3 days by the Left wing students in 2019.

According to the information, these slogans were written on the night of November 30. Though the university officials have not issued any comment on the matter, but the university administration has started an investigation into the matter and efforts are on to find those involved.

ABVP President Rohit Kumar said that his organisation strongly condemns such indecent comments. He blamed the students associated with leftist ideology for this act and said that they had written these obscene things on the walls of JNU. Kumar has alleged the left wing - AISA's involvement in it.

However, the students associated with the AISA have refuted these allegations.

JNU Students' Union member and former president N. Sai Balaji has denied the left's involvement in the incident. Rather, he expressed doubt that it could be the handiwork of the ABVP activists themselves. (IANS)