BJP will continue to fight against TMC govt's misrule in Bengal: JP Nadda 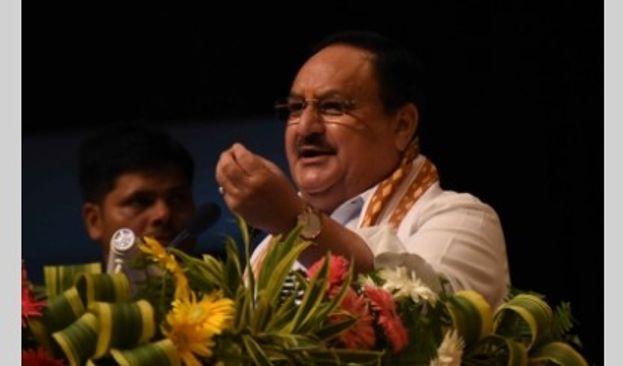 BJP President J.P. Nadda on Monday said that his party is the genuine spokesman of West Bengal and it (BJP) would continue to fight against the Trinamool Congress (TMC) government's misrule, corruption and violence.

Agartala, Aug 29: BJP President J.P. Nadda on Monday said that his party is the genuine spokesman of West Bengal and it (BJP) would continue to fight against the Trinamool Congress (TMC) government's misrule, corruption and violence.

Nadda, who is now on a two-day visit to Tripura to gear up the BJP organisations aiming the next assembly elections in early next year, said that when the "TMC goons unleashed a reign of terror across Bengal, the Congress and the Left parties remained mute spectators".

"BJP is the actual opposition party in Bengal. BJP would continue to fight against the TMC government's corruption, misgovernance and anti-people policies," he told the media. The BJP President said that in just a few years his party has increased the vote share from three per cent to 38 per cent and it would increase further in the days to come.

"This is very shameful that despite a woman Chief Minister in Bengal, the state topped in the country in human trafficking. Rape and atrocities on women are the order of the day in Bengal," Nadda said without naming the West Bengal Chief Minister Mamata Banerjee. He alleged that in health, education and other basic sectors, situations are very terrible and the TMC government has totally failed to deliver the goods in any areas of human life.

The BJP President soon after his arrival in Agartala on Sunday held a series of meetings at the state guest house with state party office bearers, leaders of frontal organisations, ministers, Lok Sabha member, MLAs, BJP core committee members to get ready the party ahead of the Tripura assembly elections, which is six months away from now. (IANS)