Delhi, BJP to open up about AAP's failed slum dwellers 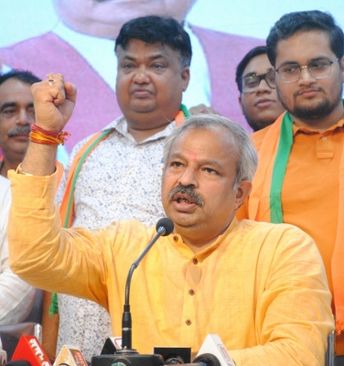 New Delhi, Jan 29: Delhi BJP president Adesh Gupta said that the Arvind Kejriwal-led government has never fulfilled its promises made to the slum dwellers in the national capital.

"Kejriwal had made lot of promises to JJ dwellers but has not fulfilled even one of them. But our party will open the Namo sewa kendras in all JJ basties (clusters) so that they all are benefited and their problems are solved," Gupta said while inaugurating the first such centre at a jhuggi camp near Chilla Yamuna Khadar on Friday evening.

These centres will be opened near other jhuggi camps as well and will aim at spreading awareness about the social welfare schemes introduced by Prime Minister Narendra Modi for the the slum dwellers in Delhi.

These centres will help 24 lakh slum dwellers in the national capital, the party said in a statement.

Gupta credited the Delhi BJP's 'Jhuggi Samman Yatra' that he carried out last year as the reason behind understanding the people's needs.

The 'Jhuggi Samman Yatra' was launched on the occasion of Vijayadashami on October 14 last year to reach out to the slum dwellers in the city ahead of the corporation polls.