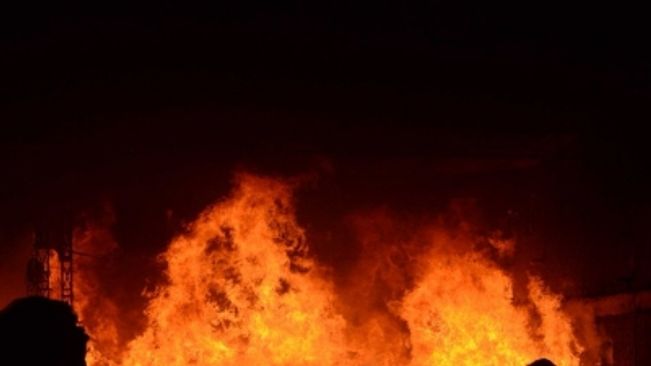 A fire broke out in the pantry car of the Gandhidham-Puri Weekly Superfast Express near Nandurbar around 10.30 a.m., here on Saturday.

Nandurbar (Maharashtra), Jan 29: A fire broke out in the pantry car of the Gandhidham-Puri Weekly Superfast Express near Nandurbar around 10.30 a.m., here on Saturday.

There are no passenger casualties in the incident, said the Western Railway.

WR Chief Spokesperson Sumit Thakur said that the blaze was noticed in the pantry car of the train running from Gandhidham (Gujarat) to Puri (Odisha), after it departed from Nandurbar station, around 10.15 am.

"The WR officials, local fire brigade and the train staff immediately got on to extinguishing the fire and detached the affected pantry car to prevent the flames spreading to adjoining coaches," Thakur told IANS.

There were no passenger casualties in the incident and the localised conflagration was brought under control a short while later, he added.

Local eyewitnesses claimed that there was panic among the passengers as smoke from the burning pantry car entered the air-conditioned coaches, but it was not clear if any other bogies were also affected by the flames.